NEELY G ENTERTAINMENT are delighted to be the primary promotions company for R10 Venue in New Brunswick, Canada. R10 Venue are currently upgrading their property to include a new dedicated Concert Arena that can cater for an audience of over 20,000 fans. 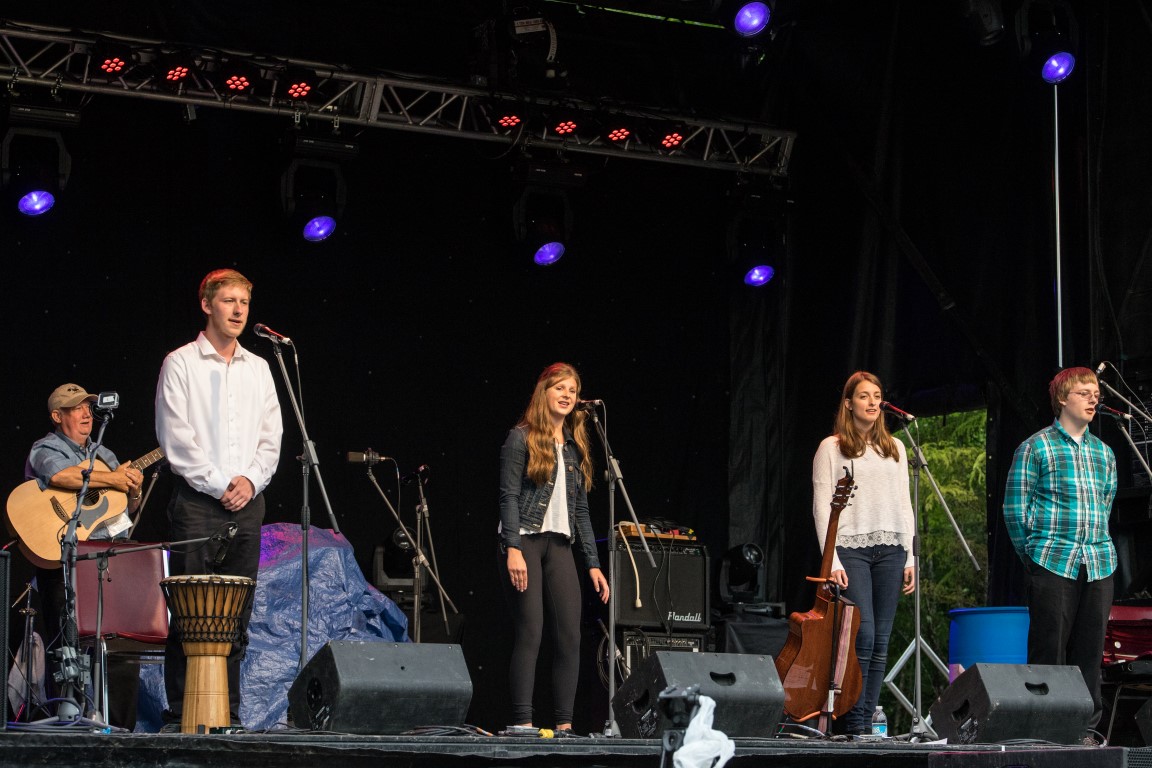 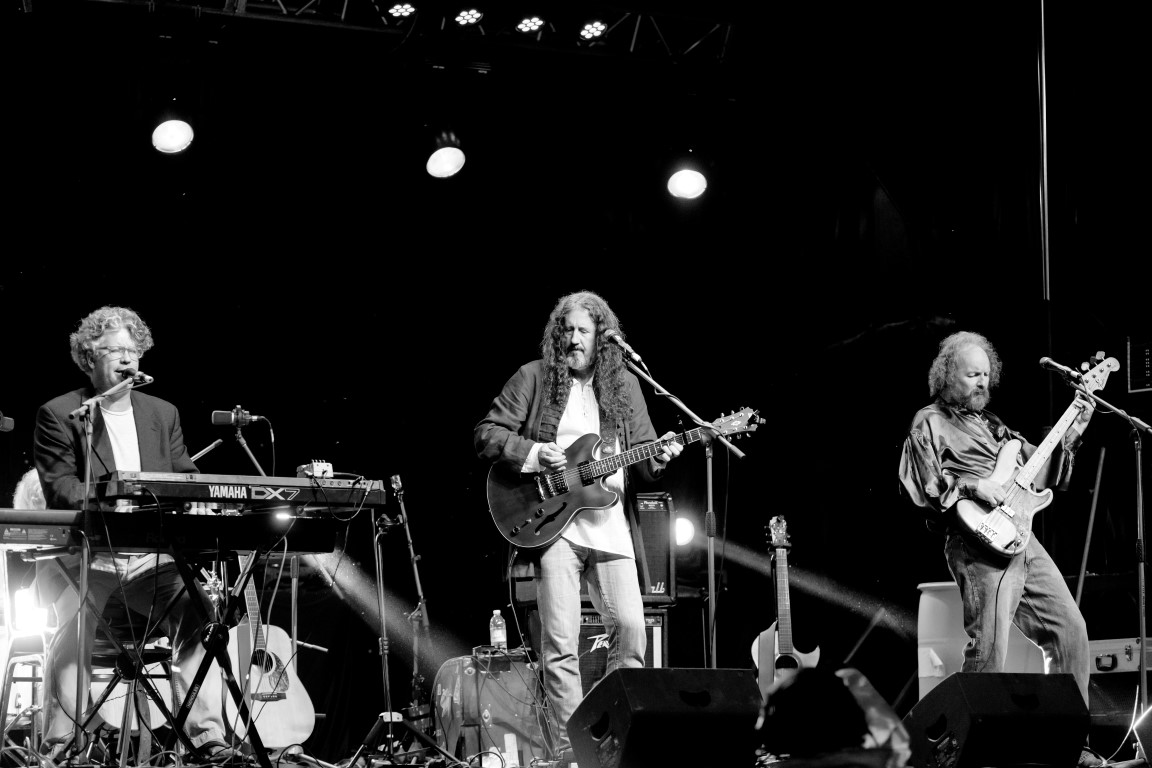 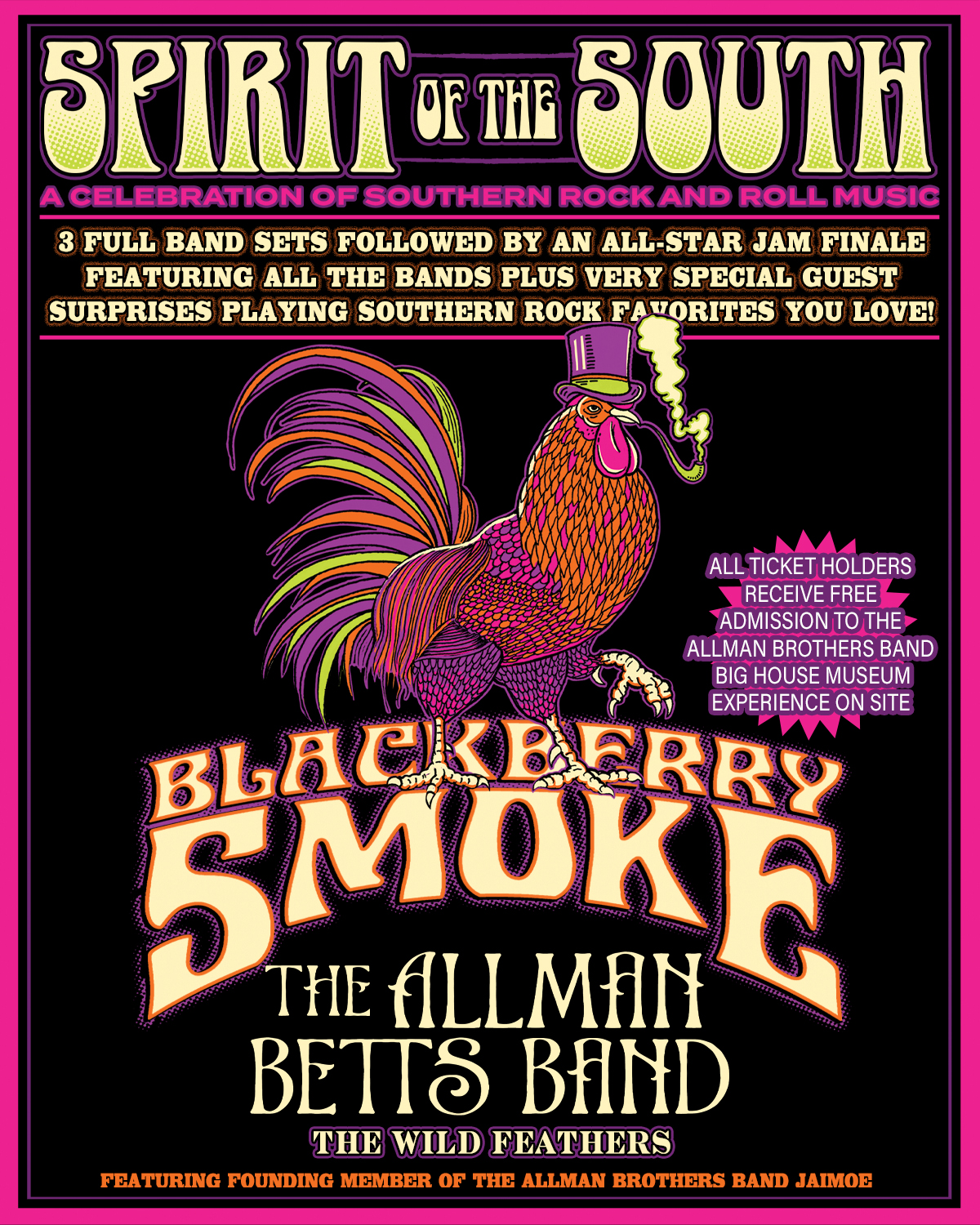 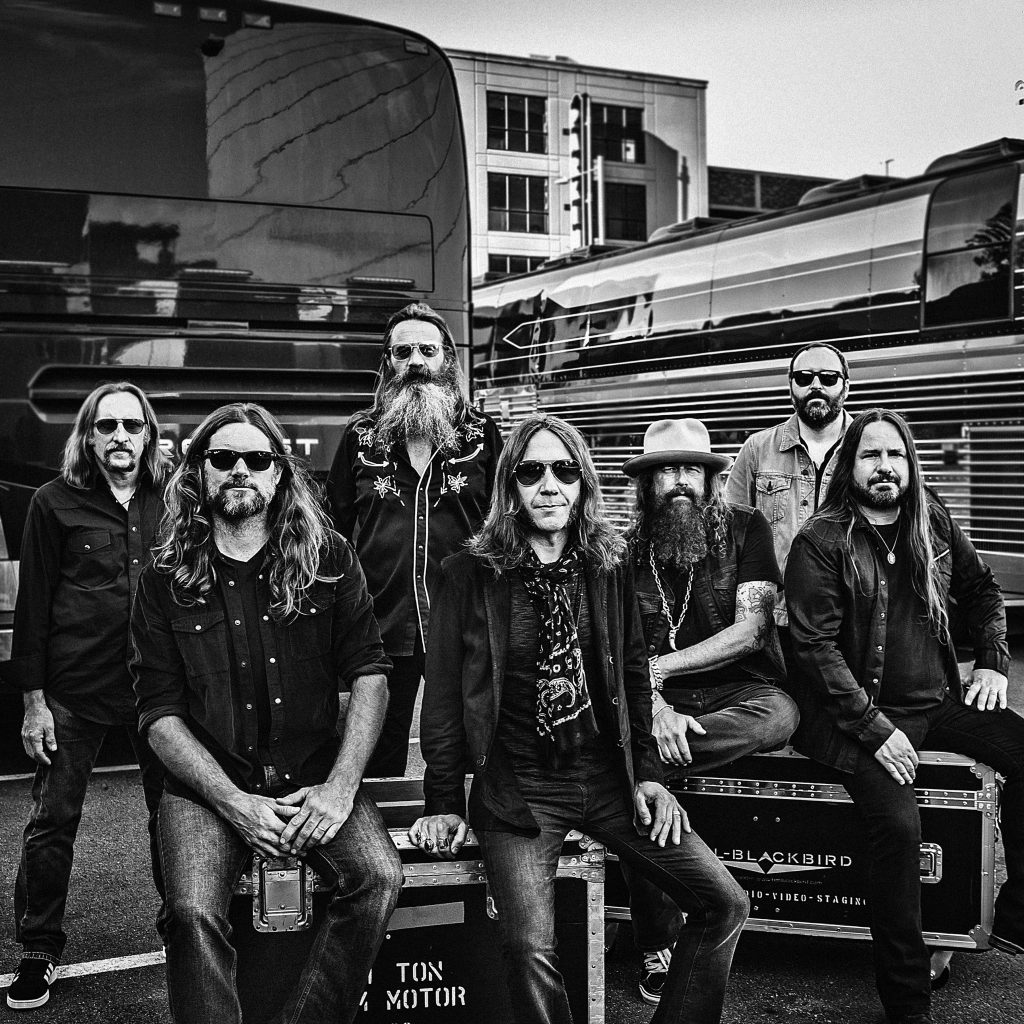 This fluidity has paid off handsomely, in the form of two Billboard chart-topping country albums, 2015’s Holding All The Roses and 2016’s Like An Arrow. (For good measure, the latter also topped Billboard’s Americana/Folk album chart.)

Find A Light, Blackberry Smoke’s sixth studio album, doubles down on diversity. Songs hew toward easygoing roots-rock (“Run Away From It All”) and Southern rock stomps (“The Crooked Kind”), as well as stripped-down acoustic numbers (“I’ve Got This Song”) and bruising alt-country (“Nobody Gives A Damn”). Rich instrumental flourishes—keening fiddle, solemn organ and bar-band piano boogie—add further depth and resonance.

“That’s one of my favorite things about Blackberry Smoke albums—there’s a lot of variety,” Starr says. “My favorite albums through the years are built that way, too. I love a record that keeps you guessing. I love the fact that our records are sort of a ride, with different types of songs and different vibes.”

Within Blackberry Smoke’s catalog, Find A Light is distinctive in several notable ways. The record sounds heavier than other albums; in fact, Starr characterizes the churning, scorched-blues album opener, “Flesh And Bone,” as “maybe the heaviest song we’ve ever recorded.” The title has deep significance to the record’s overarching themes.

“Most of our albums have been named either for a song on the album or a lyric, and this time I didn’t want to do that,” Starr says. “I thought, ‘What headspace is humanity in as a whole?’ That’s pretty hard to argue with that. I think everybody is hoping and looking for something better right now.”

Accordingly, Find A Light’s lyrics portray characters weighed down by the pressures of everyday life. “Flesh And Bone” explores the conundrum of temptation; “Run Away From It All” is about seizing the day and trying to leave troubles behind; and “Nobody Gives A Damn” cautions about letting external achievements such as an attractive partner or a hit song go to one’s head.

“Inspiration comes from so many different places,” Starr says. “A lot of inspiration can be drawn from current events these days, and how complicated the world is.”

Yet Find A Light’s hard-luck characters are soldiering forward despite it all, and remain buoyed by optimism—and deep faith in themselves. “One of these days I’ll get the best seat in the house/It’s the measure of a man, of a man,” goes the jangly “Best Seat In The House,” while the narrator of “I’ve Got A Song” asserts, “At the end of the day, it’s the one thing they can’t take away: I’ve got this song.” The album’s final song, “Mother Mountain,” focuses on the belief that redemption and rebirth are always within reach.

“It felt good to write that song,” Starr says of the latter. “I don’t write a whole lot of songs like that, the really optimistic, yearning for something better kind of a song. The album’s called Find A Light, and that song is sort of a plea, as far as that goes.”

Starr switched into writing mode for Find A Light thanks to impromptu songwriting sessions he had with his friend Keith Nelson, formerly of the band Buckcherry. The men had never collaborated before, but found an instant creative connection. In fact, Starr ended up using four songs from their time together—including “Run Away From It All,” “Nobody Gives A Damn” and “Best Seat In The House”—on Find A Light.

“At some point, I told him, ‘Man, I really like these songs for Blackberry Smoke. These are Blackberry Smoke songs,’“ Starr says. “He didn’t disagree. I hadn’t really started to write for another album yet, so these lit the fire, so to speak.”

Blackberry Smoke spent a little over two weeks recording Find A Light in Atlanta with engineer/mixer Tom Tapley and long-time collaborator Benji Shanks. As with 2016’s Like An Arrow, the band self-produced the record. “With these two albums, we really knew what we wanted them to sound like, and what kind of record we wanted to make,” Starr says. “It was a pretty easy decision to say, ‘Hey, let’s do it ourselves.’“
That confident vision informed the band’s decision to have several guest musicians appear on Find A Light. The brisk, gospel-tinged Southern rocker “I’ll Keep Ramblin’“ features the song’s co-writer, Robert Randolph, adding frantic pedal steel, while the psychedelic-tinted folk elegy “Mother Mountain” blooms with The Wood Brothers’ inimitable harmonies.

“As we were recording that song, I was singing it, and from the very beginning of that song—even in its embryonic stage—I wanted it to be a three-part harmony all the way through,” Starr says. “I asked The Wood Brothers, because I love their vocal blend. They’re fantastic harmony singers.”

Another Keith Nelson co-write, the easygoing “Let Me Down Easy,” features Amanda Shires shading Starr’s vocals with her clarion twang. “I thought it would be really cool to have a female harmony on this song, sort of a Gram Parsons-Emmylou Harris kind of thing,” Starr explains. “And Amanda came to mind. Her voice is so cool, so genuine and unique.”

At its core, Find A Light illustrates the efficiency and chemistry of Blackberry Smoke’s instrumentalists, who have no trouble translating the band’s loose live shows into crisp studio recordings. “We always record together,” Starr says. “That’s what bands do. And you go in and listen, and think, ‘Wow. How did that happen? What just happened? That was magic. That was magical. Can we do that again?’

“I’m always blown away by my bandmates’ sympathy for the song,” he adds. “We all agree that that’s the way to be in this band is to play for the song—the song is the vehicle.”

This commitment to putting the music first above all other considerations is one reason Blackberry Smoke has continued to evolve during their time together. And it also explains why Find A Light’s sonic progressions and expansions sound so effortless.

“We didn’t want to repeat ourselves,” Starr says. “I don’t ever want to make a record that ourselves or are fans are like, ‘It’s the same old thing.’ But I still get a real lift from listening to Find A Light, even after multiple listens. I really am proud of the work that we accomplished.”